America is a nation built on freedom and founded on liberty. Its fore-fathers broke away from the yoke of British imperial oppression for this very purpose. However, at many points in its auspicious history, these founding ideals have been grievously rejected and degraded, whether it be in the late emancipation of the slaves (which happened over 30 years after Britain achieved the same humanitarian peak) or its horrific record on civil rights and terrible racism it fostered over centuries.

McCarthyism was a continuation of this destructive trend, and wholly illiberal in its instincts. Senator Joseph McCarthy, a relatively unremarkable senator from Wisconsin, in 1950 shocked the establishment by claiming there were 57 communist infiltrators in the State Department, kick-starting the Second Red Scare. He launched high-profile and public investigations into the State Department, the White House, the Treasury, and even the US Army, often in his Senate Committee, live on television, where he sensationalised and fear-mongered, denouncing the alleged spies. It created a climate of fear and suspicion across America which forced communists, and those who had even the most tenuous links to left-wing organisations out of jobs, and often into court or Senate hearings. The rule of law, due judicial process and the pre-eminent theory of being considered ‘innocent until proven guilty’ was often ignored and degraded. Reputations and livelihoods were destroyed in the name of anti-communism and national security. The McCarran Internal Security Act and Communist Control Act of 1954 restricted civil liberties and led to legal harassment, an abdication of all the beliefs in liberalism and individual rights that America has long held dear. The first Act was described by President Truman as a “mockery of the Bill of Rights” and a “long step toward totalitarianism”, because it represented a government restriction on the freedom of opinion. E. R. Murrow, the radio personality, arguably provided the best brief denunciation of McCarthyism and its anti-American ideas:

We must not confuse dissent with disloyalty. We must remember always that accusation is not proof and that conviction depends upon evidence and due process of law. We will not walk in fear, one of another…

We can deny our heritage and our history, but we cannot escape responsibility for the result. There is no way for a citizen of a republic to abdicate his responsibilities. As a nation we have come into our full inheritance at a tender age.

We proclaim ourselves, as indeed we are, the defenders of freedom, wherever it continues to exist in the world, but we cannot defend freedom abroad by deserting it at home.

McCarthyism gradually lost public support, especially due to his witch hunt in the army, which was extremely unpopular. McCarthy was also proved to be hypocritical and a liar, and was publicly embarrassed in his Senate committee over his many false accusations. Despite this, repression and suppression of free speech due to a Communist threat existed until the end of the Cold War, when communism was replaced by terrorism as an excuse to erode civil liberties. However, we have seen in recent years an increase in McCarthyism, defined as making false accusations with no regard for evidence or due process. Social media has enabled the rise of ‘cancel culture’, where public figures can be shamed by legions of activists for comments they have made years before, behaviour that is perceived to be problematic, or even baseless accusations, and ‘cancelled’ (boycotted out of existence, with livelihoods and reputations destroyed). Such ‘woke activists’ or ‘social justice warriors’ have no regard to evidence, or the principal of being considered innocent until proven guilty. As original McCarthyism led to illiberalism, this modern-day spin off endangers civil liberties, especially the freedom of expression, which in a free society must never be in danger. We must protect against this, learning the lessons of McCarthyism, and never again allow our society to fall into a culture of witch-hunting and fear.

To what extent was the Second Red Scare similar to the First?

Should Presidents Truman and Eisenhower have reacted differently to how they did (not wanting to oppose or confront McCarthy, and actively encouraging the witch-hunt hunt in some cases)?

How did McCarthyism contribute to the decline in confidence (1950-1980)?

An overview of anti-Communism in America

History of the Red Scare

This site uses Akismet to reduce spam. Learn how your comment data is processed. 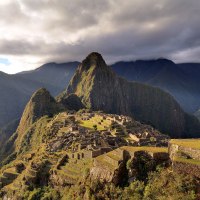